It’s february 2018, carnival season, or Antroxu as they call it in Asturias. The two most famous Antroxus are the Antroxu de Avilés and the Antroxu de Gijón. But each city celebrates their own carnival, with its specific traditions and customs. For many citizens, it’s the highlight of the year, in which the result of months of preparation becomes exposed. Everybody comes together to show their new costume and enjoy the pleasures of life. Antroxu has a longer history than you would expect. The very origins of the celebration date back to ancient times and cultures, where the use of masks had a different function. But today, it’s an occasion to celebrate and act one week like you’re someone or something else.

The Jueves de Comadres means the actual start of Antroxu in Gijon, which lasts until Tuesday. The two highlights of the week are the concourse of the charangas on Saturday and Sunday and the famous parade on Monday. The charangas are carnival clubs, who train the whole year for their show in the concourse in the theatre and presence in the parade. The singers and dancers are guided by drum players. On Tuesday, the sardine, the mascotte of Antroxu, reads its testimony. This is followed by its burial and means the end of Antroxu.

Antroxu de Avilés contains many of the ingredients of Antroxu in Gijon: music, charangas, costumes and gastronomy. But it also has its own unique characteristics. It’s more like an outdoor festival. Because Avilés is known for its port and fishing tradition, the highlight of their Antroxu is the Descenso Fluvial de la calle Galiana. This is a parade in which the cars represent boats floating on the sea. The streets of the historical quarter are filled with 30.000 liter of foam. When the parade cars of the charangas drive through, an enormous  explosion of joy follows. And of course, a winner is elected, which gets more than 2000 euro. 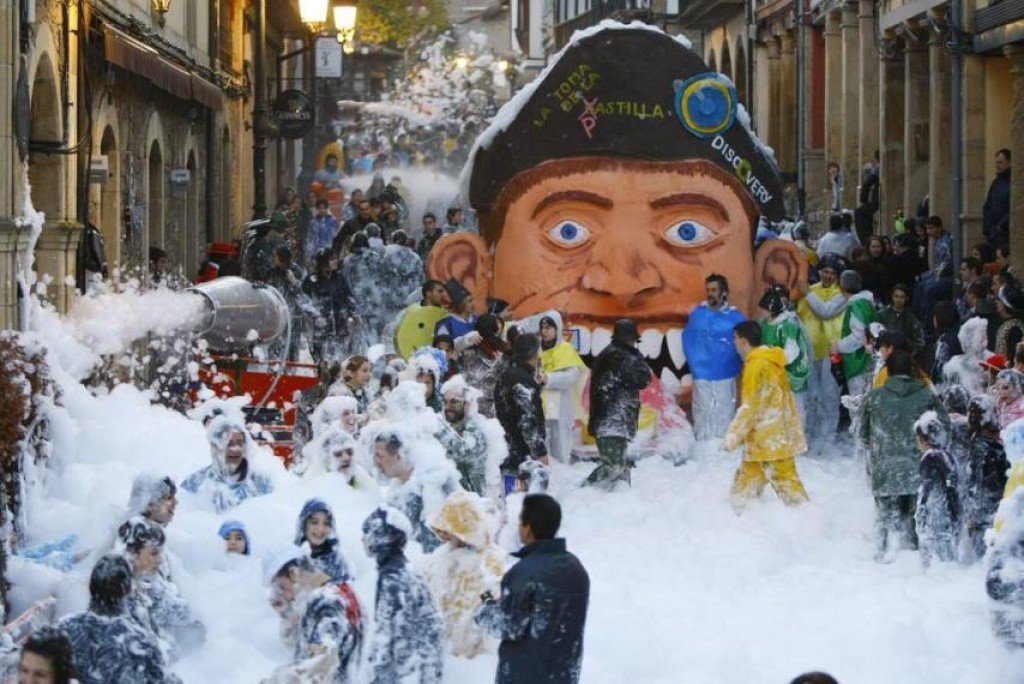 The Celts, who used to inhabit the Asturian part of Spain, divided their year in two parts. From the 1st of May until the 1st of November, “life” was the main theme in their rituals and festivities. The other half of the year was dominated by “death”. That was the period of knowledge and traditions. People gathered to listen to the elderly, who told mythical tales and legendary stories.

In the Celtic calendar, two dates were of great importance, the 24th of June and the 25th of December. These days, seen as the longest and shortest day of the year, were full of symbolism. In summer, it represented the full strength of the sun. In winter, the power of darkness. From that day on, the daily amount of daylight only gets bigger. It’s also for this reason that Christianity chose 25 December as their celebratory day.

The Celts thought that on that day a door opens between earth and another world. This gate would bring demons and those who have died to our planet. To announce their arrival, people danced masked. The masks, representing gods and demons, were a way to show that the arrival should also be viewed as something positive. 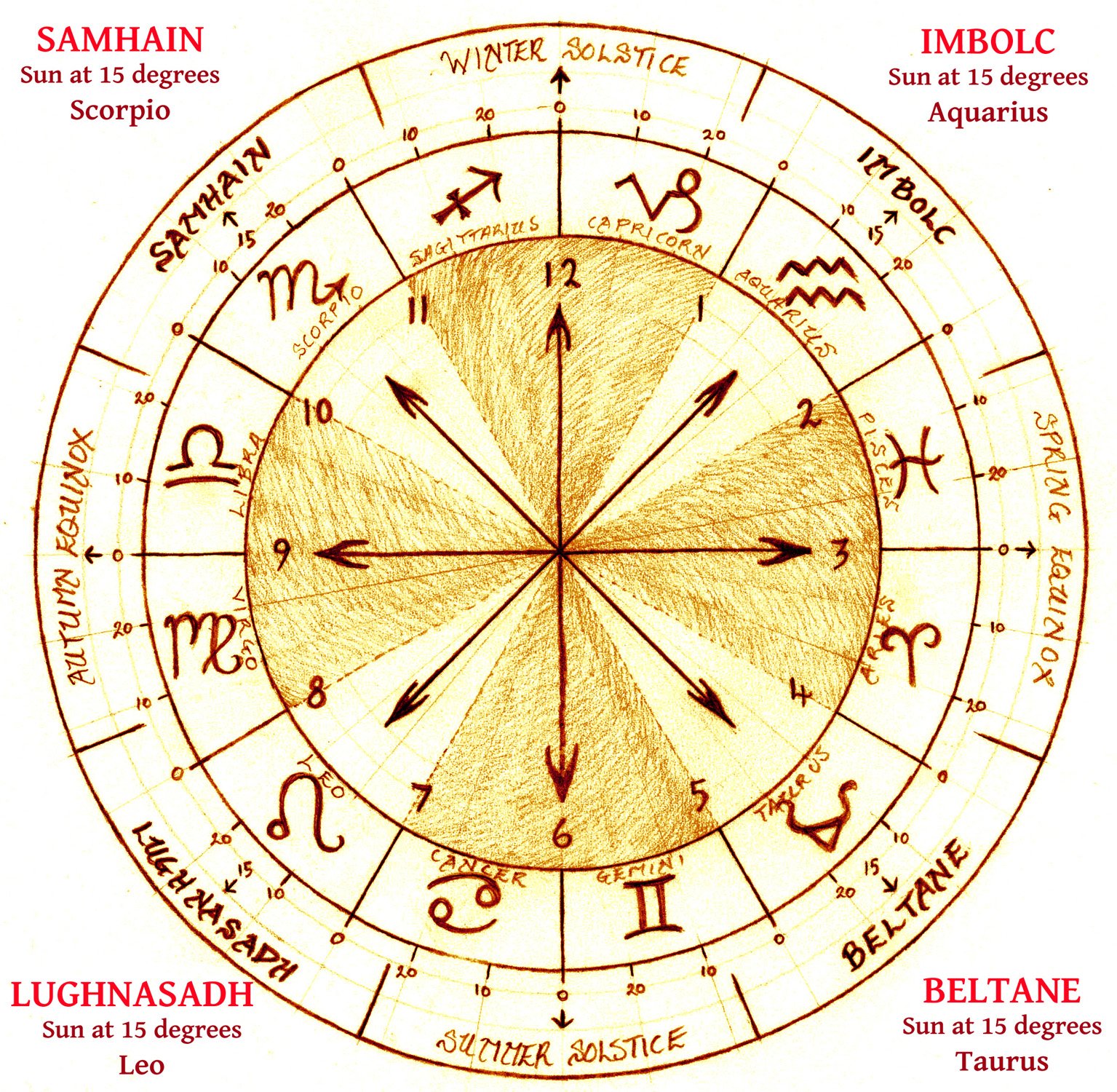 First, Christianity stood rather restrained towards these traditions. But because it wasn’t able to make the people abandon their rituals, it embraced them and tried to convert them instead. For example the day and night of the Three Wise Kings, and the custom of people dressing up, is said to have its roots in these ancient religions.

The old Asturian Antroxu starts with Christmas, it’s the first day that masked people go around villages to ask for the Aguilando, which are tips or gifts. Then a series of celebrations follows. Unfortunately, many details about them are lacking. Because after the civil war in Spain, many traditional celebrations became prohibited. At the same time, a great part of the people moved to the cities and as a result local celebrations became forgotten. Because the authorities only allowed certain “controlled” festivities, much of the traditional Asturian Antroxu got lost.

Since the 70’s, Antroxu was revived. But because most of the people alive were born or raised during the dictatorship, the traditional way of celebrating was forgotten. The new carnival resembles more to the Brazilian one, which is characterized by parades with colourful costumes and exciting rhythm.

But the new Antroxu still has a Asturian touch, as it is combined with specific local traditions like the Jueves de Comadres. This is the last Thursday before the Tuesday of Antroxu. On that day and night, women stand in the center of attention. Especially in Gijón and La Pola Siero this day has great importance. In Gijón, the women of the cigar factories used to take their goddaughters that day to La Providencia, just outside Gijón, to talk and eat “casadielles” pastry and “teresites” sweets. In Pola La Siero, the traditional food for that day is “Bolos Peñaos”, which is a chorizo bun, “casadielles” and cider. Today it’s mainly a night where the women go out together.

Revival of the traditions?

There are still a few remnants of the old rituals of carnival. Two specific traditions still take place around the original date of Antroxu and are on to today very much present. The Day of the Three Kings is one of them. In Asturias this day has the name “Reisada” and is celebrated in the city of Ibias on the 6th of January. Masked men, representing the different social classes of society, get together at the door of the church. They sing noisy songs and do a dance, and ask for the Aguilando. Their songs are about the Three Kings and the birth of Jesus.

Another remaining Antroxu ritual is “El Guirria”, a tradition of San Xuan de Beleño. On the last day of the year, the names of single young men and women, older than 15 years, are put in two bags and then drawn to make couples. Out of the group who didn’t get a partner El Guirria is drawn. That person will the next day be a masked and dressed as the mythological figure, El Guirria. On the first of January, boys under 18 ride horsebacks and go from town to town to ask for an Aguilando, or tip. The group sings traditional songs, accompanied by El Guirria who chases young  (and less young) girls and hugs them. Only the people who participated in the draw know who el Guirria is.