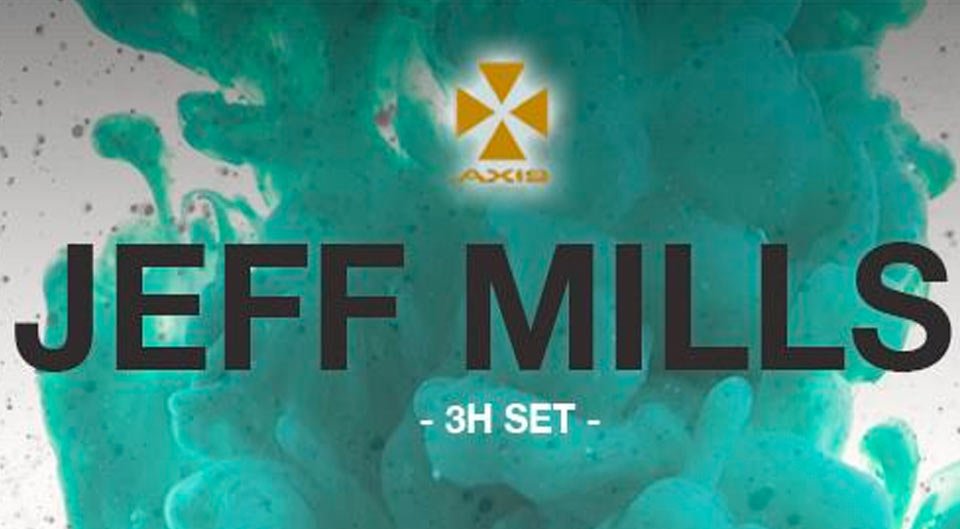 On 16 March, the American DJ Jeff Mills will play a 3 hour DJ-set at Teatro Albéniz in Gijon.

Deeply inhabited by science-fiction, DJ, producer and artist Jeff Mills adopts its ideas, concepts, stories and esthetics from the outset. For him, Space is an obsession and his music almost becomes a musical science-fiction. Conquering space, his music embodies the future while both respecting the past and remaining well into the present. When he founded his own record label Axis in 1992 -a logo consisting of four triangles pointing to an invisible center-, Mills takes the rotating principle of the solar system as aesthetics, concept and model for creativity. From the beginning, his first releases explore futuristic and science fiction topics such as “Mutant theory,” “Tomorrow,” “Art / UFO”, “Time Machine” and “Alpha Centauri”. For Jeff Mills, the future is a powerful creative drive which explains the artist’s ceaseless activity.