BULNES, FIND YOURSELF IN THE MIDDLE OF NOWHERE

Deep in the Picos de Europa, a small town is hidden. Its name is Bulnes. And there’s no place like that anywhere else.

On an altitude of 649 meter, the parish of Cabrales is left to be discovered for adventurers. With less than 50 inhabitants, Bulnes is an oasis of calmness. It exists out of two parts, Bulnes de Abajo (low Bulnes) and Bulnes de Arriba (high Bulnes). Also known as La Villa and Castillo.

A little river ripples through the center of Bulnes Bajo, which is the heart of the town, and where you can find most touristic accommodations. It consists out of about 20 houses, which seem to have stood there forever. On the neighbouring hill, you can see Bulness de Arriba, it has less houses and is even older. 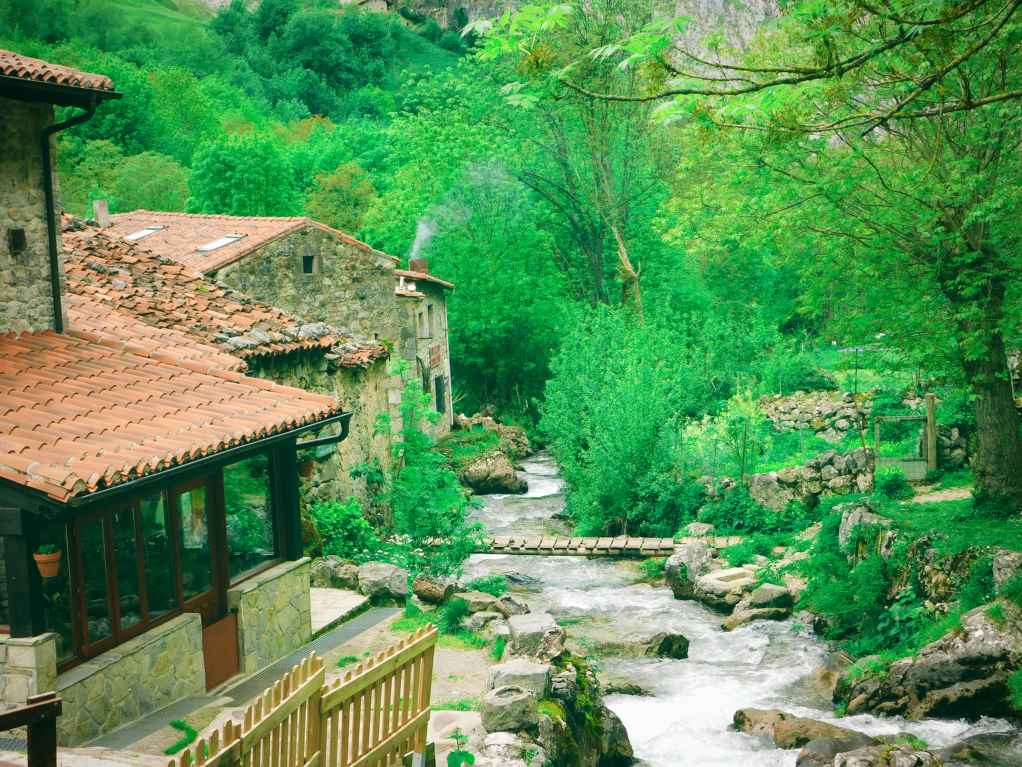 Most remote village of Asturias

Bulnes is really an idyllic place. The typical Asturian houses are entirely made out of stone and the chimneys on top of the roofs are blowing smoke. There are some other buildings: a church, a chapel and some ruins. On a warm day, a cheerful crowd hangs over the terraces of the few bars and restaurants.

Because there is no other civilization close to Bulnes, it feels like time is ticking at half speed. The speed of life is guided by the rhythm of nature. And nature is all around the place, wherever you look, you see forests and rocks. And a few hordes of cows, standing in the grass fields. When water is still provided a well or natural springs, you know it’s a remote place.

Apart from tourism, the production of the local blue cheese “Cabrales” is a source of income. 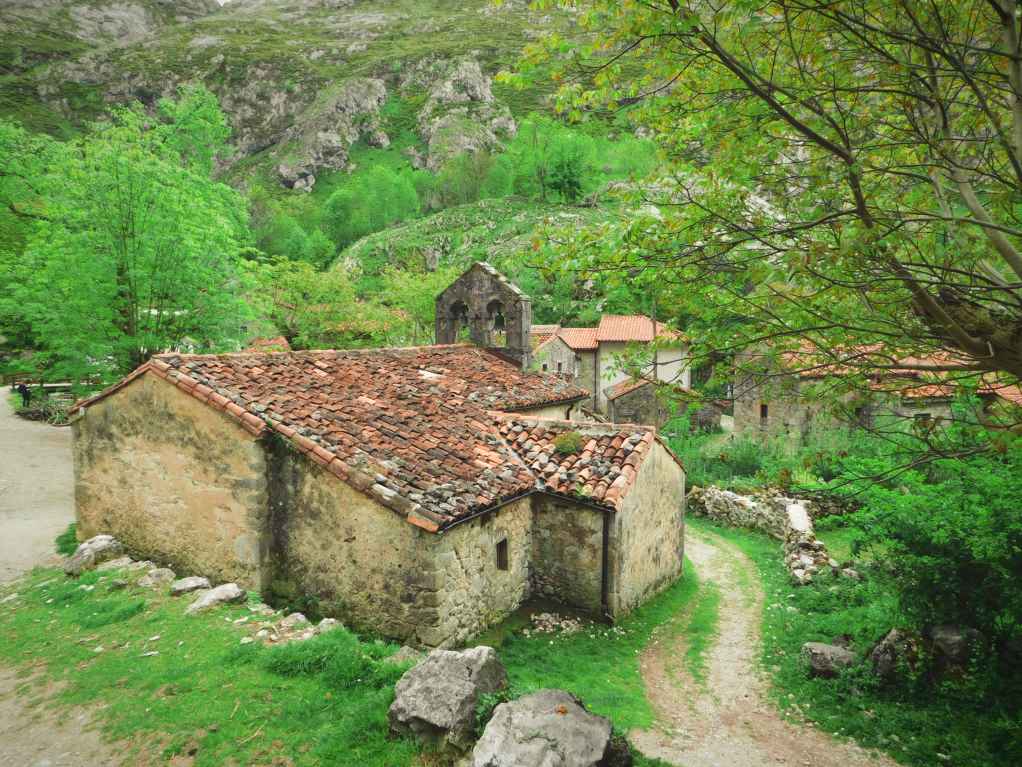 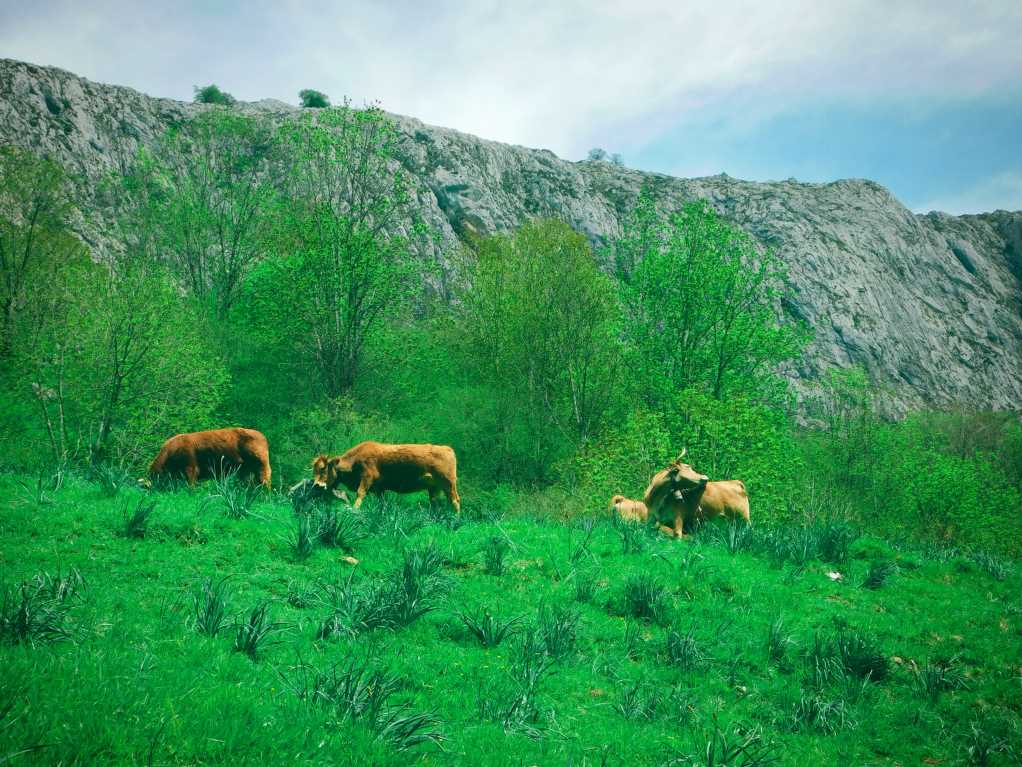 By funicular or foot

There are two ways to reach Bulnes, if you don’t have a 4×4 car. You can either walk the trail from Poncebos or take the funicular from there on.

The walk is about 4 km and takes on average 1,5 hours one way. Also known as the Ruta de la Reconquista. The descend can be done in a bit over an hour. Although there’s an altitude difference of 400 meter, the path isn’t that challenging and can be done by anyone. 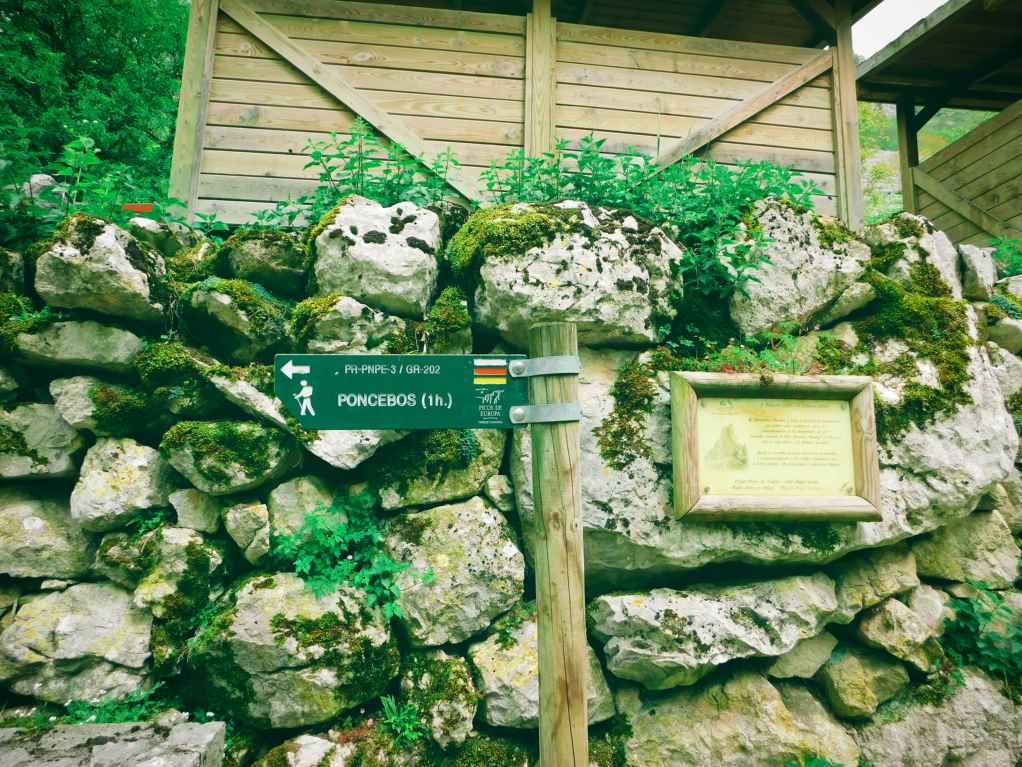 The funicular only takes 7 minutes each way. The tunnel and carriage were completed in 2001, after 3 years of construction, and shortened the travel considerably. It’s a unique experience, but not cheap. Taking the funicular cost 17,10 euro one-way, and 21,50 euro return. 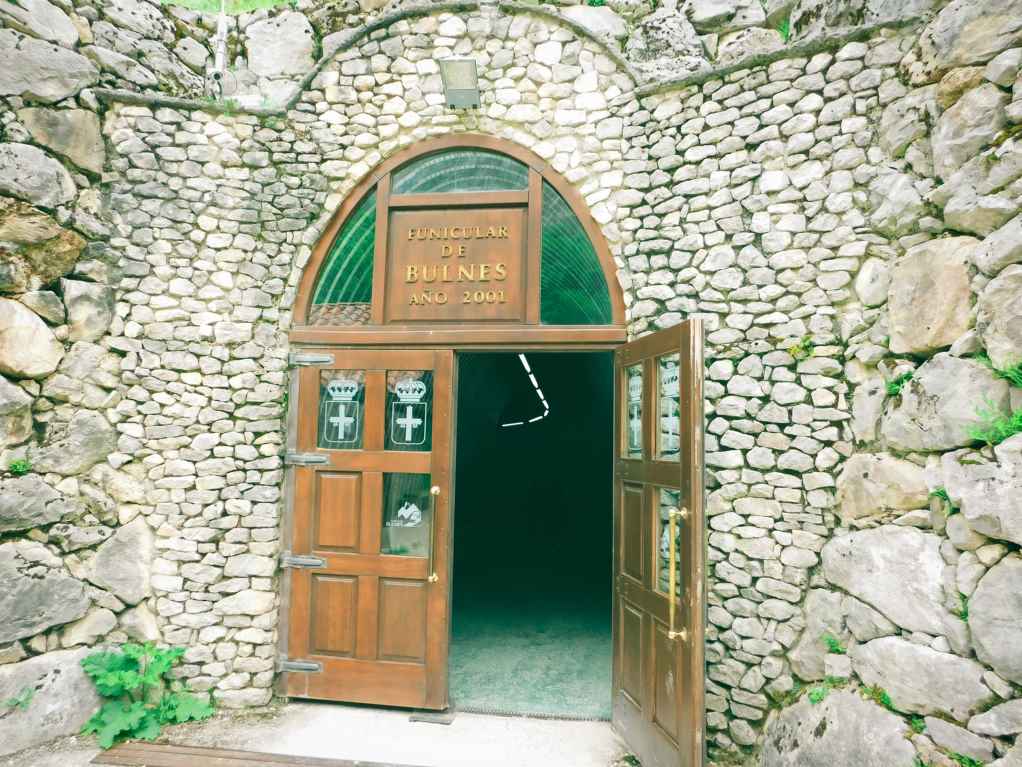 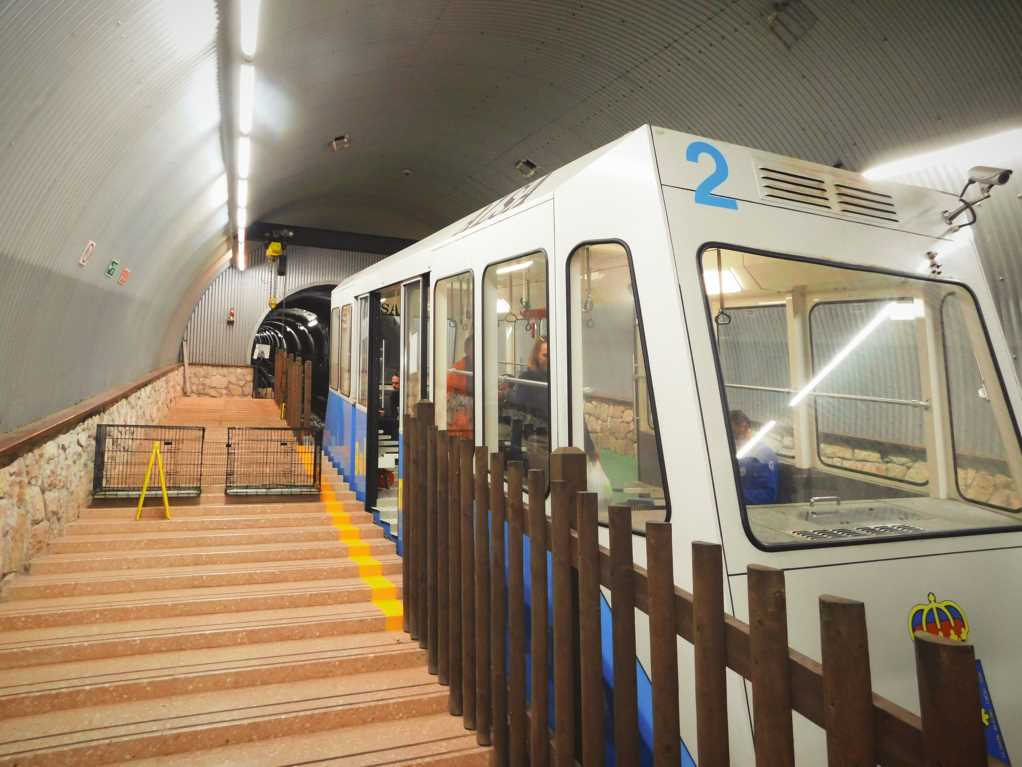 In Bulnes, some beautiful hikes start. Though the level of difficulty is higher than the hike between Poncebos and Bulnes. The most important one is the ascend of the Naranjo de Bulnes or Picu Uriella: a mythical climb, where 1.300 m of altitude must be conquered.

The last part of this route is only for trained mountaineers. But amateur hikers can do a part of the route, until the Mirador de Naranjo de Bulnes or until the open field on the mountain. Where you can enjoy a picnic while watching the grazing cows.

This calm and beautiful place needs to be respected and therefore visitors are advised to leave as little waste as possible, so using reusable bottles is a highly recommended option.

It’s about an hour to reach that fantastic spot. 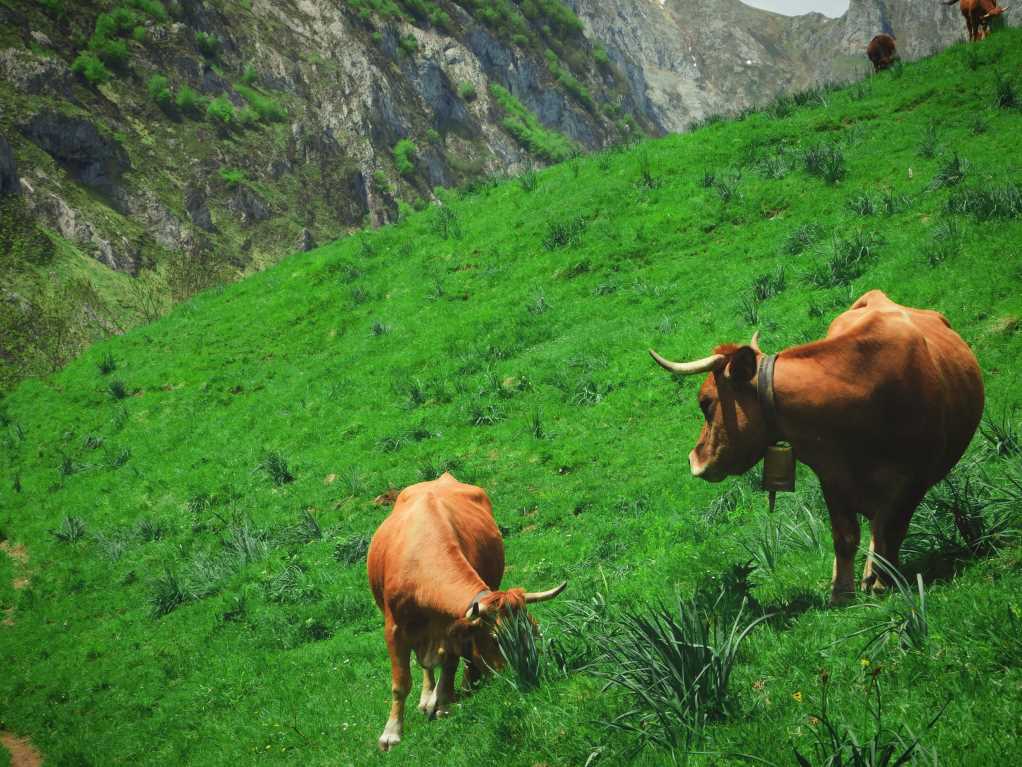 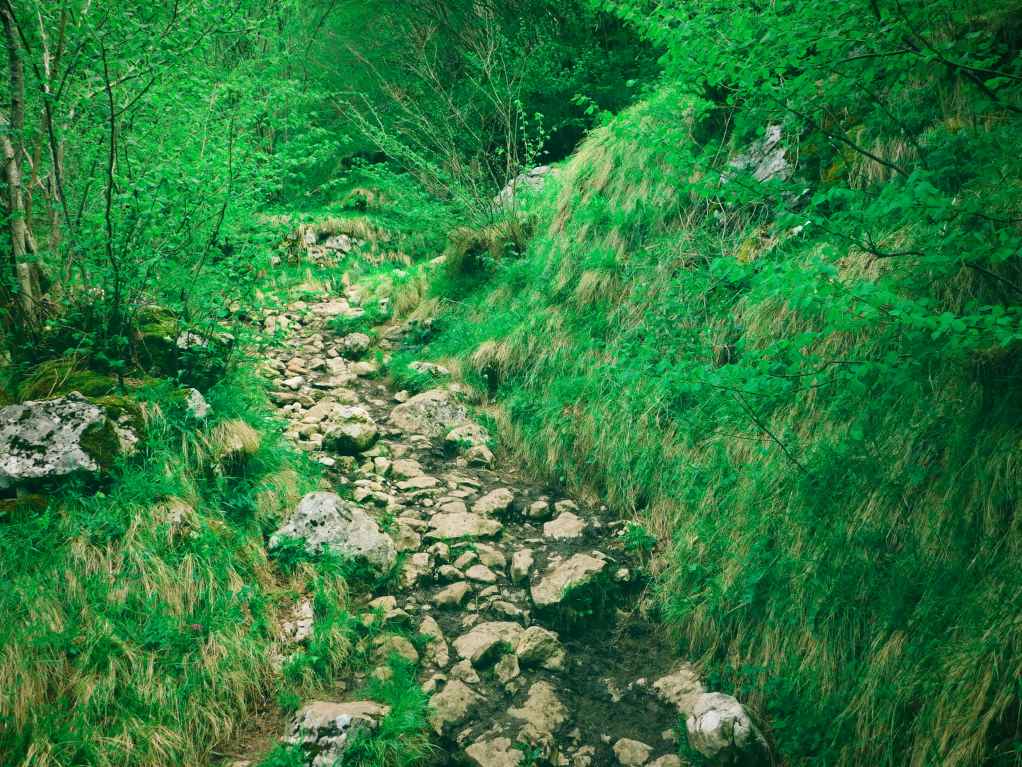 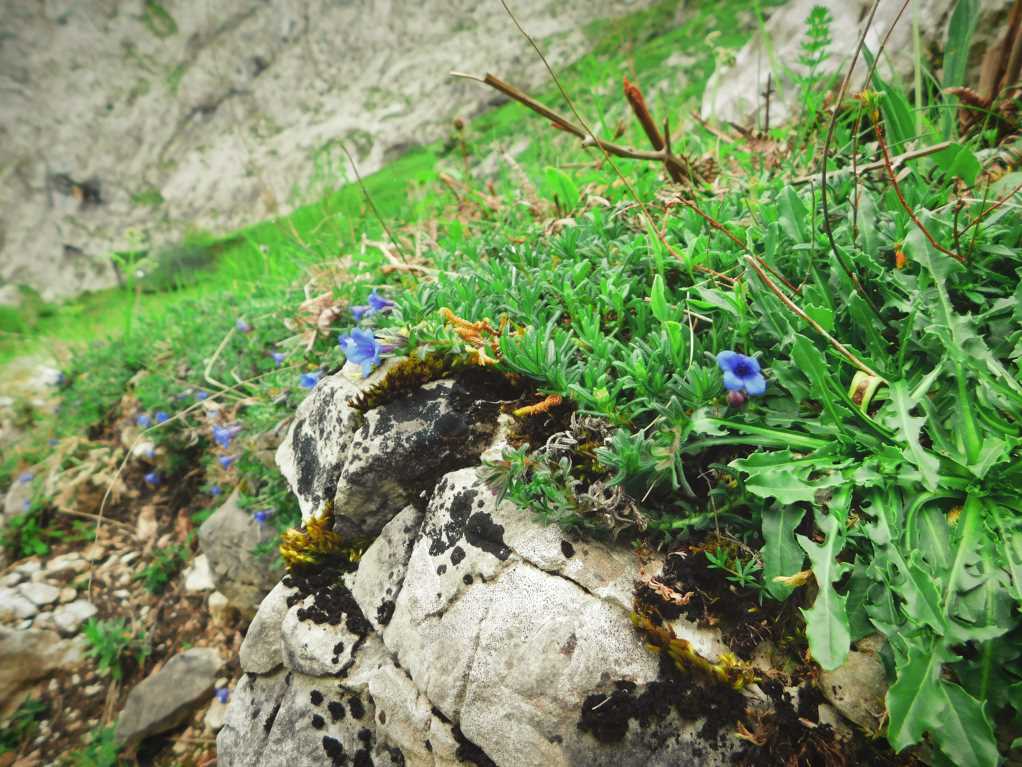