THE COMPLETE GUIDE TO DRINKING CIDER IN ASTURIAS

Asturias has a real cider culture, you have probably heard this before. It is one of the most typical products of the region and is something many Asturians are really proud of. For them, cider is not just a drink, it’s a whole culture. You must experience this culture yourself to really know it. But to help you on your way we made this article. We tell you all you need to know about cider. From its history over the production process, to the best way to degust this amazing drink. Of course, we will tell you where you can buy Asturian cider from abroad too 😉

It’s not entirely clear when the production of cider started in Asturias. The first possible mention of it in Asturias dates back to 60 BC, when the Greek historian Estrabón says: “Zytho etiam utuntur: vini parum habent”. It could mean, the Astures drink cider, because they have little wine. This would mean that the production already started before the Roman invasion. But there’s no generally shared belief about this. 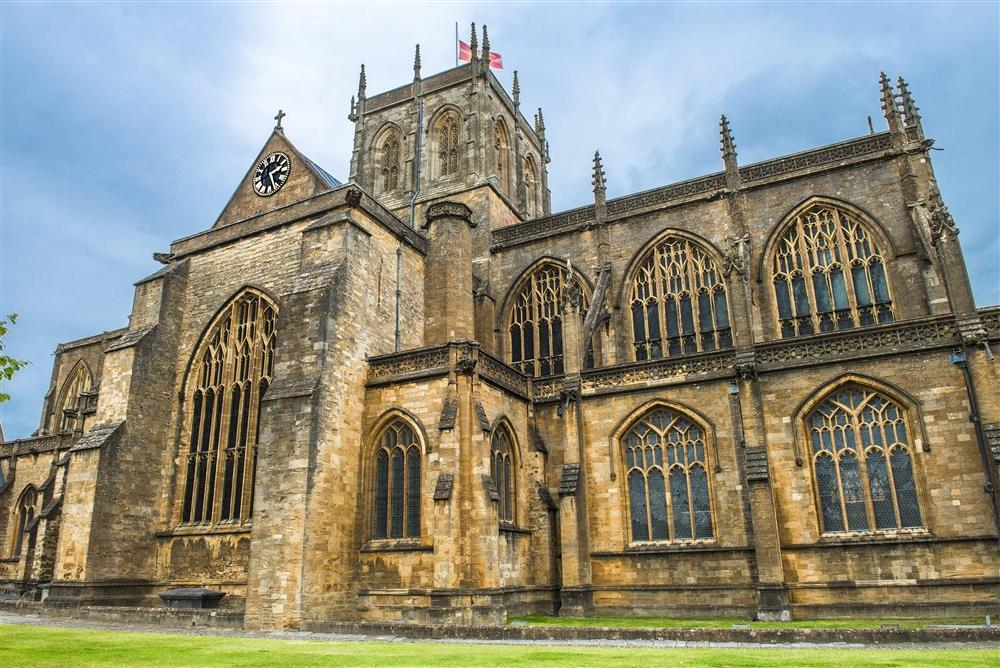 There’s enough evidence that cider was produced during the middle ages, because many monasteries and abbeys mention apple orchards and sicera in their documents. This becomes even more clear in the modern age, the author Jovellanos calls cider in the 18th century an essential part of the consumption pattern in Asturias.

When many Asturians emigrated to the United States in the 19th century, it meant a new market and a boost of the production. Not only did Asturias ship a lot of cider to the new world, the people also moved to the cities within Spain, thus professionalizing their industry. The sparkling variant was also developed in that period.

The base of the cider is the apple. Because the Atlantic coast has a rainy climate, they can’t grow grapes. The conditions are on the other hand ideal for apples. The humidity is ideal and the soil contains has the right composition: slightly acidic, a high organic matter content and the presence of mineral elements. The rich soil makes it possible to grow 22 varieties of apples, which are used for the production of all the different ciders in Asturias. The apples are really sour. But that’s ideal for the specific taste.

After the apples are harvested, they’re washed to remove pesticides and dirt, and afterwards are cut in small pieces. These pieces are crushed and the juice, or Most, which results out of this pressing is collected and left to ferment. In most factories, this whole process in mechanized. Traditionally, the Most ferments in Chestnut barrels, but nowadays it happens as well in stainless metal kettles. The Most, without any added sugars, is then transformed into cider. The sugars in the apples turn into alcohol. In spring, the cider is bottled and is what we call Sidra Natural. If the cider is filtered before bottling, it gets the name Sidra Natural de Nueva Expresion. Another difference between the two types is the amount of apple varieties used in the production. While Sidra Natural contains 22 apple varieties, Sidra Natural de Nueva Expresion does contain 12 different types of apples. There’s also Sparkling Cider, which contains gas, and tasts more like sweet champagne. This gas comes forth out of the fermentation process. The fermentation can take place in the bottle or in the tank.

People also produce cider at home. That is shown in this video:

More than 40 million bottles are produced annually in the 80 cider mills in Asturias. The center of the production is Villaviciosa, a middle-sized town between Gijon and the border with Cantabria. Here, the Consejo Regulador de la Denominación de Origen Protegida Sidra de Asturias is housed. It can be seen as the government of the Asturian cider, as it hands out the Protected Designation of Origin (PDO) label to the cider houses. There are in total 25 recognized ciderhouses in Asturias.

It’s very difficult to compare the flavour of cider with anything else. Although the production process of wine is quite similar, the taste is very much different. That’s because of the difference between the use of apples and grapes. The aroma is strong, bitter and acidic. Cider contains also considerably less alcohol, the average percentage of alcohol varies between 4 and 6 degrees. The ideal drinking temperature is 10 to 12 degrees Celsius. Cider is therefore an excellent drink for warm summer or autumn days, as it’s a fine refreshment and its low alcohol percentage doesn’t make you sleepy or slow.

Just like wine, is drinking cider considered to have some excellent benefits for your health. It’s up to you to believe it or not. The Council of Asturian Sidra, mentioned above, says that your cognitive processes, like imagination and empathy, improve when drinking cider. The question is if that’s something unique, or if it’s just the consequence of drinking alcohol. The tannin in cider is supposed to be helpful in cases of diarrhea, rheumatism, obesity and hypertension. When consumed moderately, cider also prevents arteriosclerosis and liver stones. It’s a way to avoid myocardium infarcts, to smoothen your digestion process and to treat breathing problems. Lastly, cider contains vitamin A and thus can be useful if you’re suffering from a nasal or bronchial cold. You would almost wonder why cider isn’t just the standard treatment in hospitals.

Cider represents the way Asturians live and spend time together. People come together to drink cider, eat delicious food and have a good time. It’s not something you drink alone. The  bottle , and even the glass, are shared. Cider is an ubiquitous part of the Asturian culture and the drinking of it deserves time and care. It’s a full experience, some people even call it a connection with their roots. Everything is about having a good time and not necessarily about getting drunk.

What distinguishes Asturian cider from other ciders is its way to serve it. It is the only cider that’s poured from a height. If you know anything about the Asturias and cider, it’s probably this. It’s not only a spectacular act, it also has its use. By doing this (“escanciar”), the cider falls into the glass, bounces against the edge and forms bubbles and froth (“espalmar”). Because the aromas are released and the drink contains the  ideal amount of oxygen, the glass has to be drunk in one sip, or “culin”. Cider is often shared, so people leave a small amount in the glass. This way the part where someone drunk from can be cleaned.

The correct way to pour in a glass is by stretching your right arm all the way above your head while holding the bottle. Your left hand is holding your glass next to your knee. ideally your index finger and thumb surround the glass and your middle finger supports the bottom. The art lies of course in mastering to pour the cider from that height in your glass. This video gives a good idea of how it’s done.

It may be daunting to try cider yourself, because it seems like there are many rules you need to follow to drink it right. But this is not the case and it’s actually fairly simple. Here are some tips.

Most people start drinking cider after 4 pm, when their working day is over. But others also consume some glasses during lunch. When going out, cider is often a good starter, because it doesn’t immediately knocks you out.

If you’re going to a sidreria, which is like a restaurant or bar, you can get a bottle for as little as 3 euro. Cider is only sold per bottle, not per glass. Most of the time, the waiter will refill your glass all the time. Sometimes, the sidreria is divided into a dining room and a bar. Because cider doesn’t necessarily has to accompany food, it’s possible that you have to pour in the cider yourself when you’re dining. Don’t panic yet, they will offer you an escanciador (electronic or manual) so you can manage it. Sidrerias close at midnight.

When you pour the cider and drink it, you should follow the basic rules: fill the glass (which has a volume of 50cl) for a quarter and empty it in one time!

Both Gijon and Oviedo have areas which are known for serving cider. In Gijon, you can find many sidrerias in Cimadevilla. But the most famous is El Llano, it is called the “Barrio de la Sidra” (or neighbourhood of cider). The Calle de Gascona in Oviedo hosts perhaps the highest density of sidrerias in Asturias, it gave rise to the pseudonym “el Bulevar de la Sidra”. If you’re visiting Oviedo, we highly recommend you to stop by and have a bottle.

Where to buy Asturian Cider?

If you want to discover the flavor of Asturian cider, or you have already tried it but you miss it, we have good news for you. It is already possible to enjoy Asturian cider from anywhere in the world. The best Asturian cider producers have decided to market their products through Amazon. No matter where you are. Buy Asturian cider is now possible. If you want now you can enjoy the cider ritual by acquiring a pack of bottles, a spacer and everything you need to feel the taste of Asturias. We leave you some direct and reliable links to buy Asturian cider.

Because of the strong acidity and astringency, cider can be balanced by something greasy. There are a lot of foods that go well together with cider. A classic is the combination of cider with cabrales, often accompanied by ham, sausage and bread. Cider and tapas are a great combo, but cider is traditionally also drunk with fabada, baked sardines (sardines al horno) or salt cod omelet (tortilla de bacalhao).

Here are some recipes to cook:

Hake and prawns with cider

In August 2017, Gijón broke the world record of simultaneously pouring cider. On the Playa de Poniente 9403 people filled their glass with cider. It must be said that there’s not much competition in this category, since the previous record was also set by Gijón.

There are more than 7,500 different varieties of apples in the world, so if you had the recommended “apple a day”, it would take 20 years to try them all.

In the 14th Century children were baptised in cider, it was cleaner than the water.

It takes about 10 pieces of fruit to make one liter of the apple cider.