FROM MORTSEL TO GIJÓN: LANDER MICHELENA

For me Asturias is getting surprised time after time by its beauty.

My name is Lander Michelena and the past four months I’ve been the redactor of livingasturias.

When I arrived, I had actually no clue what was to see in here. Contrary to what a journalist should do, I did no thorough research preceding my arrival. The cities Gijón and Oviedo, these ones I knew vaguely, although mostly due to connections with sport teams or events. But not much more than that. “Avilés? Well, I guess that one rings a bell. Or was it Avila?”

No, I had only a small idea about Asturias. A Wikipedia search told me only about 1 million people live in the region, and that the average income is 22.046 euro. Which is comparable to earnings of people living in Cyprus. For what it’s worth.

Or some other facts I found:

“Ah really, the Picos de Europa are in Asturias. Didn’t know that before. Quite a big coastline too… And oh, there are still bears there apparently.”

With that little knowledge I thus came here. But in the next months, I would get to know Asturias much better and be blown away!

The first thing I noticed, was the tranquility Asturias breathes. For example Gijón, where I lived. Even though it’s the biggest city of the region, you don’t feel like in one. Nobody’s in a rush and no busy traffic drives through the center. People like taking time to enjoy. Eating and drinking is a night-filling activity.

And in the weekend, or when it’s just sunny, everybody comes out to stroll along the dikes or the beach. Often accompanied by their dog. It still strikes me how many people have a dog, and how many people run. So, if you’re a dog- or running enthusiastic, Gijón is the place to be. 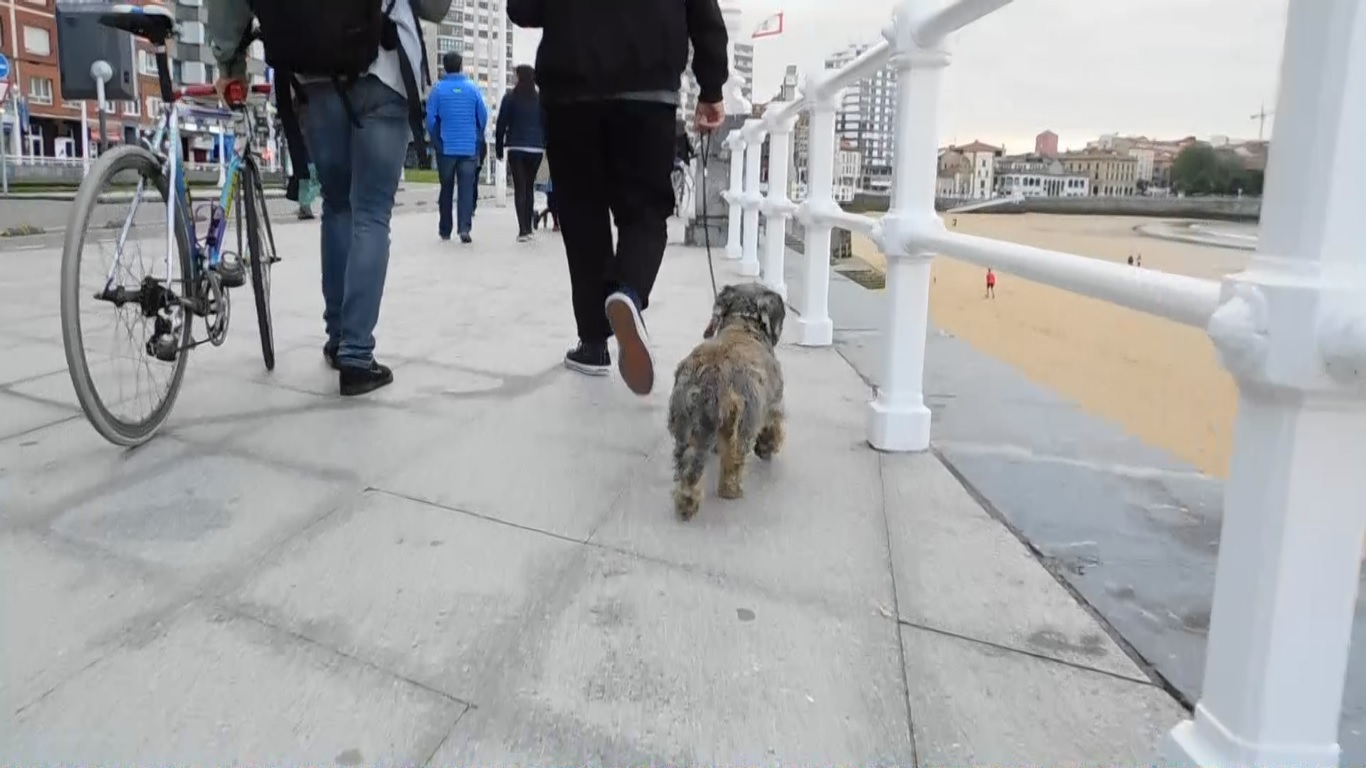 But to be honest, the most impressing things and sceneries, I saw outside Gijón. There are two places that deserve a mention.

There are so many beaches and cliffs that are stunning, breath-taking and magical. After a while, when I was sent to another location, I prepared myself to see something ordinary.

“Right now, I’ve only seen beautiful places, so I can only be disappointed…”. But actually, this never happened.

One of these seasides still stays in my mind. The Playa de Silencio, although not exactly silent, is absolutely tremendous. There are not many words to describe the feeling you’ve got while standing down on the beach, overlooking the sea and rocks. 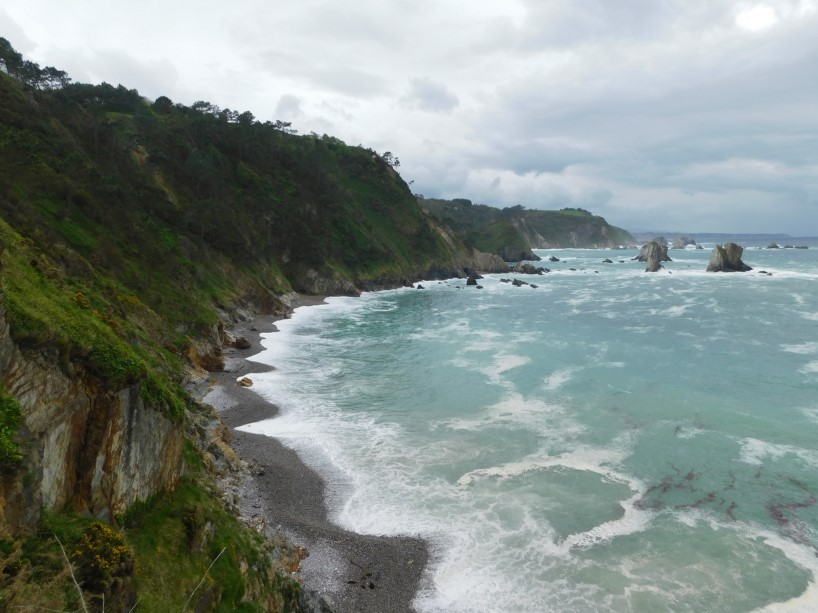 Then there is Bulnes, a village in the middle of the mountains. So isolated, you need to go by foot or by funicular. And again, the keyword is quietness. Only a few hikers and the 34 residents of Bulnes will you find there. The beautiful mountains of the Picos de Europa surrounding you, what an experience… 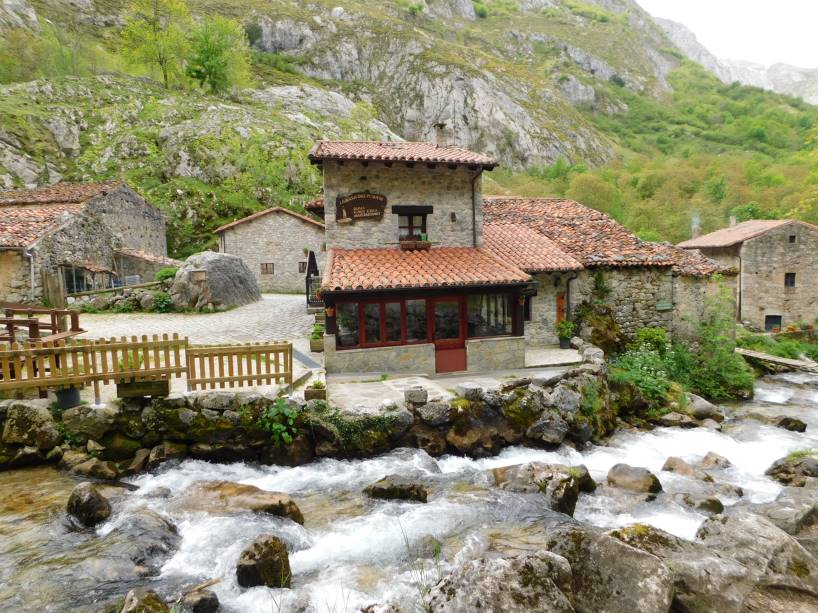 But Asturias is full of these kind of places. Little towns and natural beauty. And the greatest benefit is, there aren’t that many tourists. There is really the opportunity to be alone in the nature. Especially when the weather isn’t that great, which is often the case… 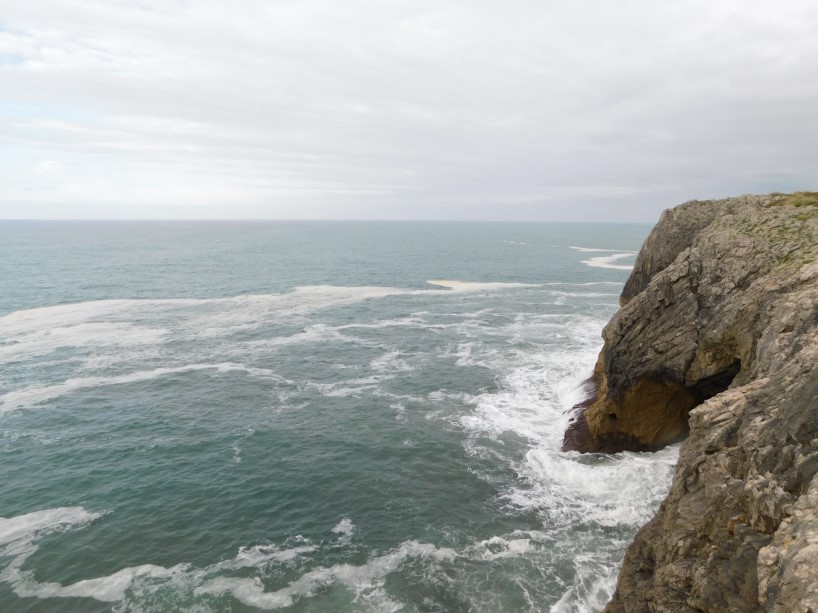 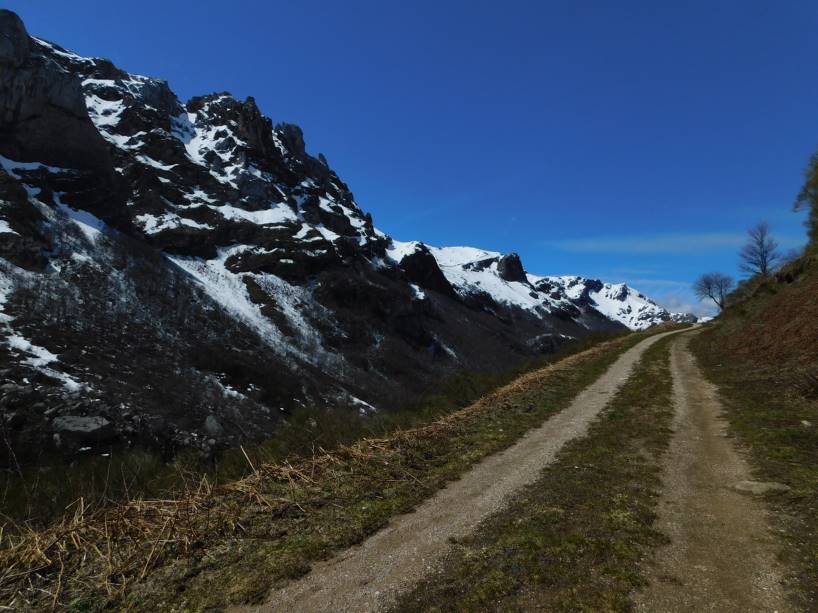 The motto is “Asturias, Paraiso Natural, I couldn’t agree more! There’s so much unspoiled nature left. Something, we in Belgium can only dream of. This often leads to internal struggles, as I’m such a big fan of this nature and prefer it to stay untouched, but at the same time promote Asturias. Two goals that seem not to fit together. But it would be selfish to keep this all for myself, so my greatest hope is that Asturias can be discovered in a sustainable way. That cliffs remain edgy, mountains remain green, villages remain picturesque and that the weather… boah whatever.