LABORAL, WHERE THE PAST AND THE PRESENT MEET

It’s a cold, rainy, typical “Asturian” day in February. Students are in a hurry to catch the bus, which departs just in front of the main entrance of the Universidad Laboral de Gijon. The drizzling rain and grey sky stands in contrast with the vivid atmosphere surrounding the place. The majestic complex is in sublime condition, but shows very little traces of its original function. In 71 years, the building has undergone a remarkable transformation. What was once a charity house has become the intellectual and creative center of Gijon.

From mining orphanage to labour university

The stately entrance, or Corinthian Patio, welcomes  the visitors. Within this impressive hall, surrounded by tall pillars and covered by a glass and iron roof, you find the visitor center. It’s easier to image that this place was once a Roman temple than an orphanage. In the 1940’s a mining disaster took place in Asturias, where many miners lost their life. Their orphans, who were left behind, were helped by the government. It gave in 1946 gave the order to construct the complex. There the children would find housing and education. A couple of years later, in 1951, the site would dramatically increase in size and become host to one of the most prestigious Labor Universities of that time. Because the region was home to mostly low-skilled workers, the government wanted to educate the citizens . And so the workers’ sons would receive training to become highly qualified. They learned local specialities like welding, boiler-making and turnery. 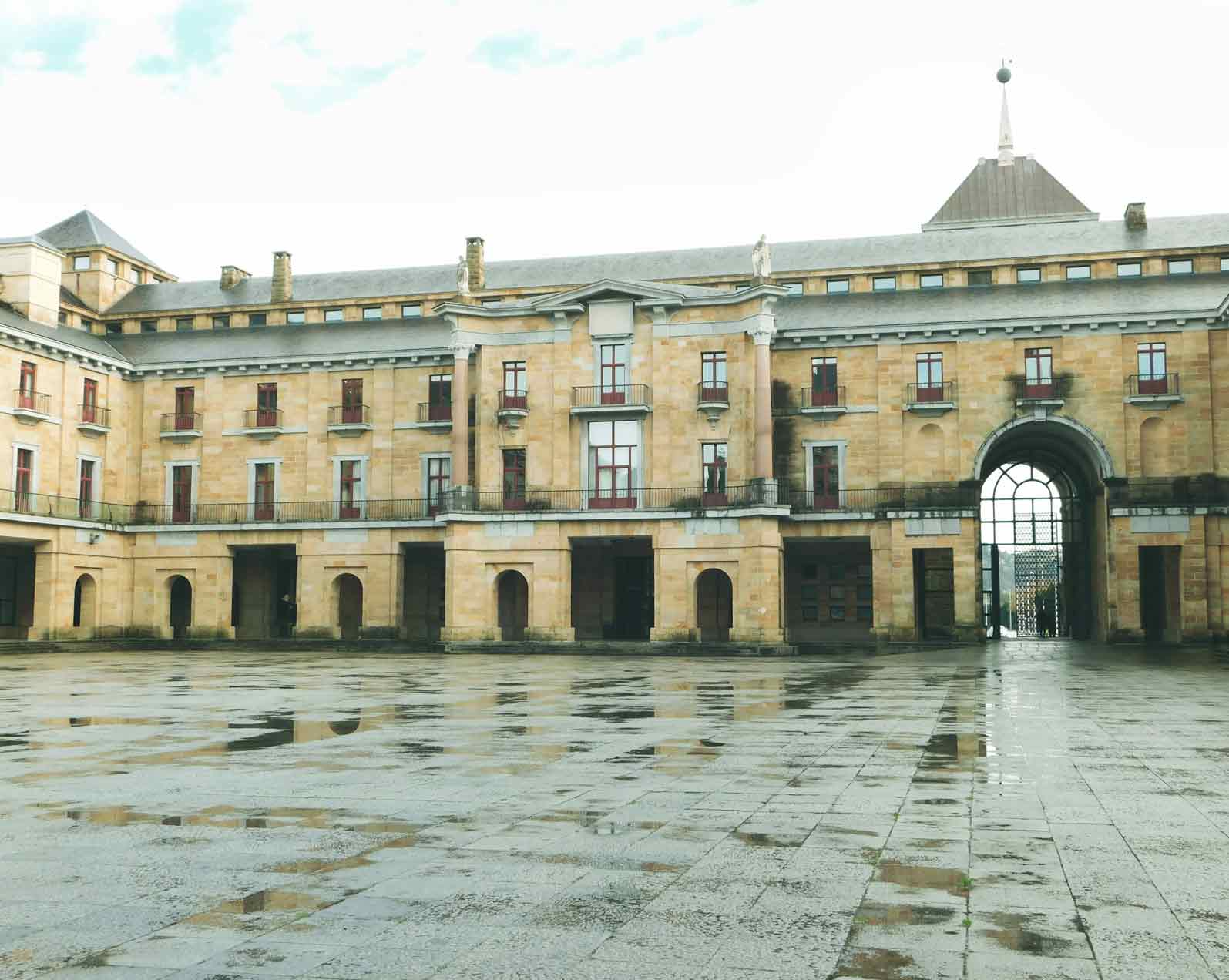 The entrance hall leads to the enormous granite central square. Standing in the heart of the Laboral, you can feel the idea behind the place. The university is designed as a city on its own, autarkic and self-sufficient. To give the complex the grandeur it deserved, the Madrilenian architect Luis Moya was appointed for the project. The biggest building of Spain totally fitted in the Franquist style, which ruled that period. He lead the construction until 1957, when the government suspended the project. Although the university wasn’t yet finished, the first students had already enrolled.

Today no craftsmen are being trained anymore. Because these professions became outdated, parts of the building were left unused since the 80’s. It was a pity that the big potential of the Laboral wasn’t used. So when the Government of Asturias in 2001 took over control of the buildings, they designed a new usage plan for the site. Different halls and rooms were made open to organizations and companies, some permanent and other temporary. Right now the place hosts faculties of the University of Oviedo, LABoral Centro de Arte y Creación Industrial, the Drama High School of Asturias and the Professional Conservatory of Gijon. Elevator constructor ThyssenKrupp has its research and development center there and the Principality of Asturias Broadcasting Corporation (RTPA) is located in the western wing of the building.

Taking a look in the beautiful buildings is definitely worth it. The ancient halls and stairs are well maintained and elegant. Walking through them makes you jealous of the students, who have the privilige to come here everyday to attend their classes. But the eye-catcher of the complex is of course the 130 meter tall tower. From kilometers distance, the highest stone tower in Spain can be seen. It is not only a delight to look at, you can enjoy a spectacular view over the Laboral from floor 14 and 17 yourself. You can even see as far as the center of Gijon. 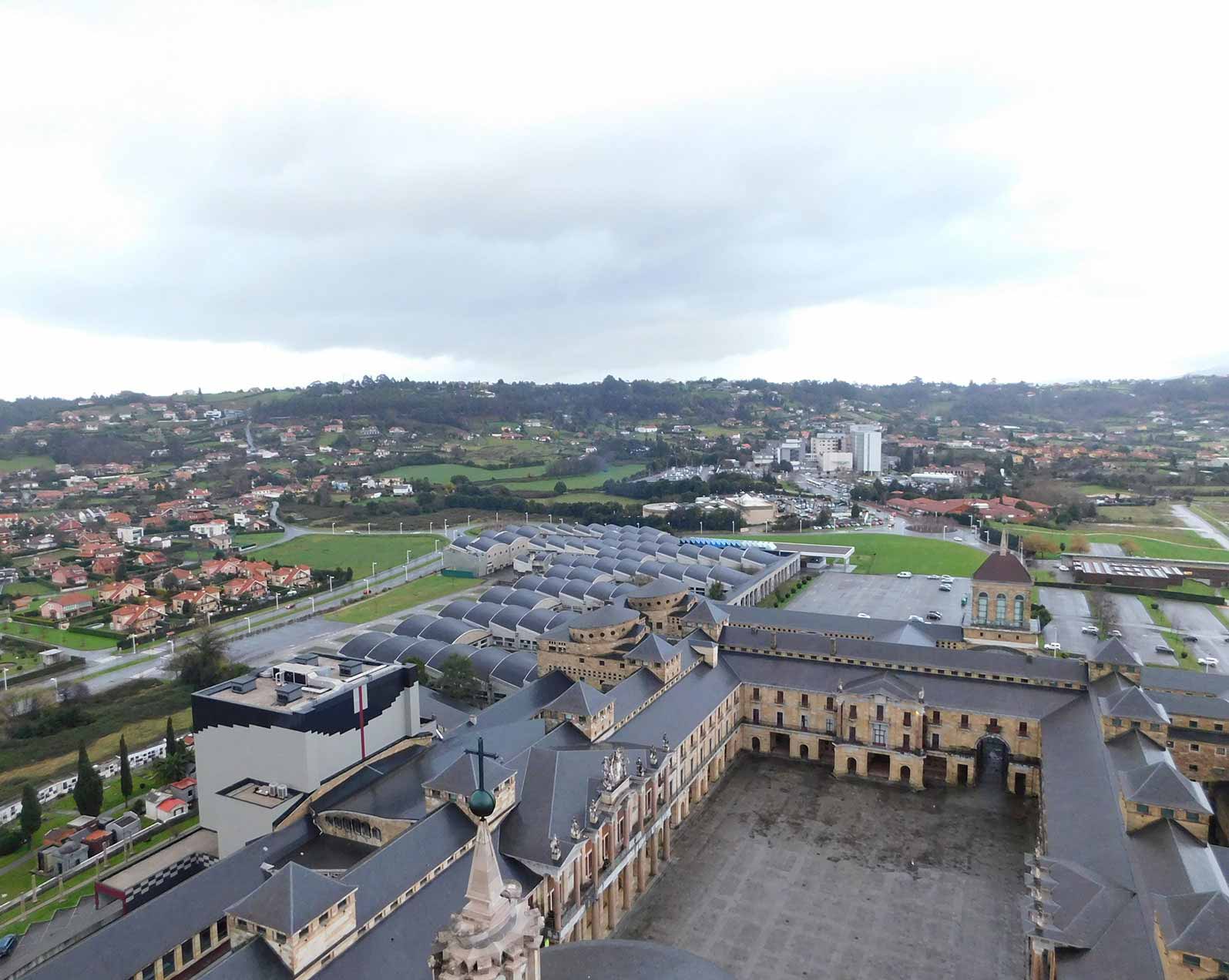 The tower is located just next to the church, which consist of a 800 square floor, covered by an enormous Byzantine-style dome. Another must-see of the location is the Theatre. The old Assembly Hall was renovated and is now the auditorium with the greatest capacity in Asturias. At nighttime, you can often watch musical performances or attend conferences and seminars. In between visiting the different parts, you can enjoy a drink and a snack in the old cafeteria, or an entire menu if you prefer. The original furniture was refurbished and is still used, so it’s really lunching in style. When you sit next to the window, you can overlooked colourful and perfectly mainted Gardens of la Laboral. If the weather is nice, why not take a stroll through the Gardens themselves and enjoy the calmness of the area. 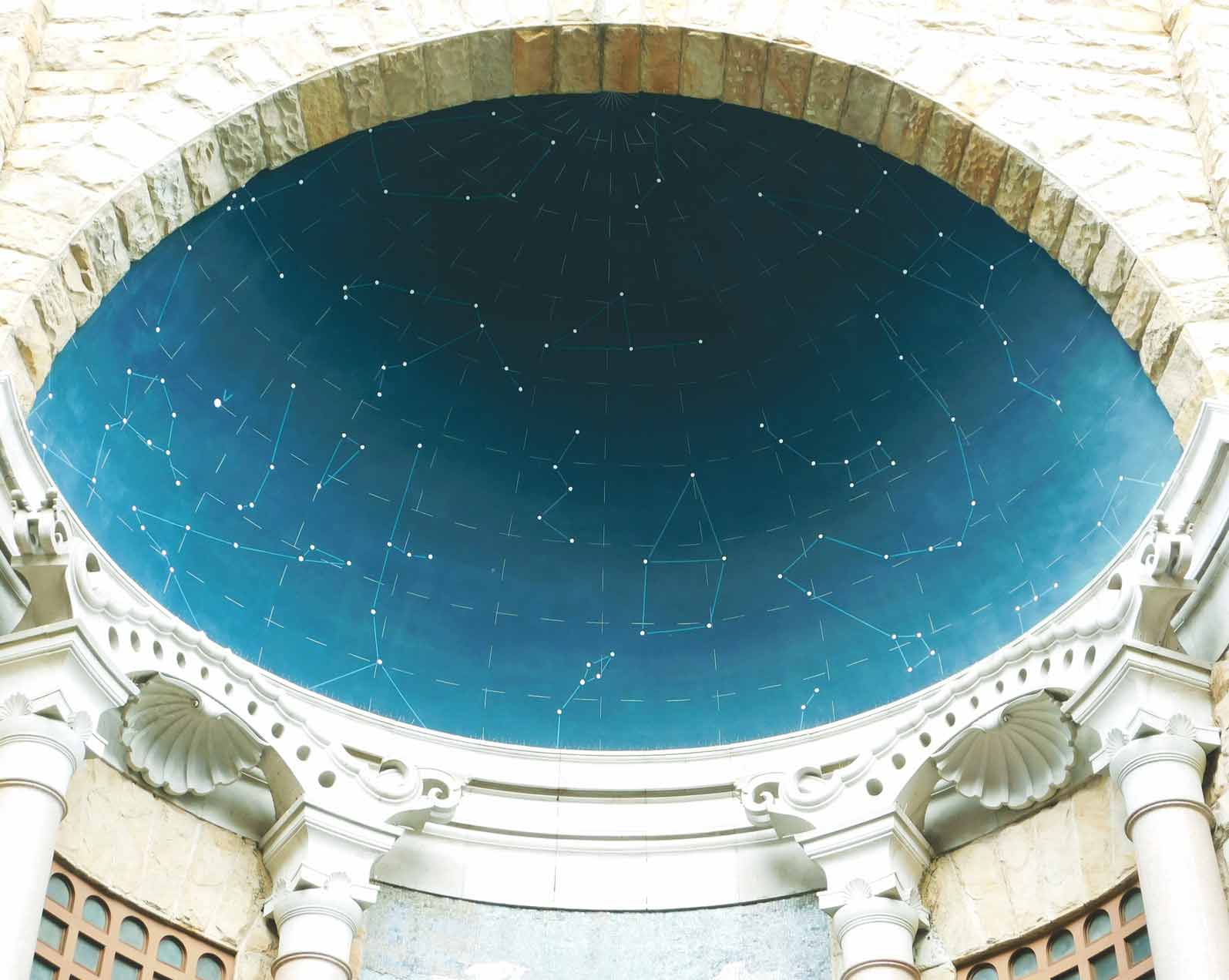 Transport: Because the entrance of the University is away from Gijon, an intentional design by Moya, you have to go all around the building to get in. This way, you see all sides of the building are.
But don’t worry, the bus can take you there. Bus 1 and 18 drive from the city center to the stop Parque Tecnológico.

Price: Visiting the complex is free and possible everyday.
Going up the Tower costs 2 euro per person
A guided visit, which includes the church and the theater, costs 5 euro per person. It is not possible to visit these parts of the building on your own.
Both are only possible in the weekend. More information can be found on its website.