Spain has a lot of interesting places to discover. If you are in Asturias, rather being an expat or a tourist, maybe you would like to visit some other towns. This time we are going to talk about Jaén, one of the most beautiful cities of Andalucía.

Jaén is a Spanish town located in the south of the country, concretely, in the autonomous community of Andalucía. It is the capital of the province of Jaén. Nowadays, its population is 116,731. Jáen is not as well known as other “provincias andaluzas“,  but believe us, it is worth discovering. The city stands out for its quiet atmosphere and its non-crowded streets.

Its name comes from the Arabic ‘Geen or Yayan‘, meaning caravan route. We have to say that Jaén is a beautiful inland paradise with an important historical, architectural and cultural legacy. Different ancient cultures lived in their lands. In this magical city, even Muslims, Christians and Jews came to live in harmony for centuries.

Now, we will mention some of the essential places and monuments of Jaén: Jaén Cathedral, the Arab baths, Santa Catalina Castle, Provincial Museum, Jaén Lagarto, Villardompardo Palace, Jaén Tourism Parador or Alameda. You must visit all of them!

In the province of Jaén there is one of the most important protected areas in Spain. If you consider yourself a nature lover, you have to visit the Sierra de Cazorla, Segura and Las Villas Natural Park. This park was declared a Biosphere Reserve by Unesco, in 1983. 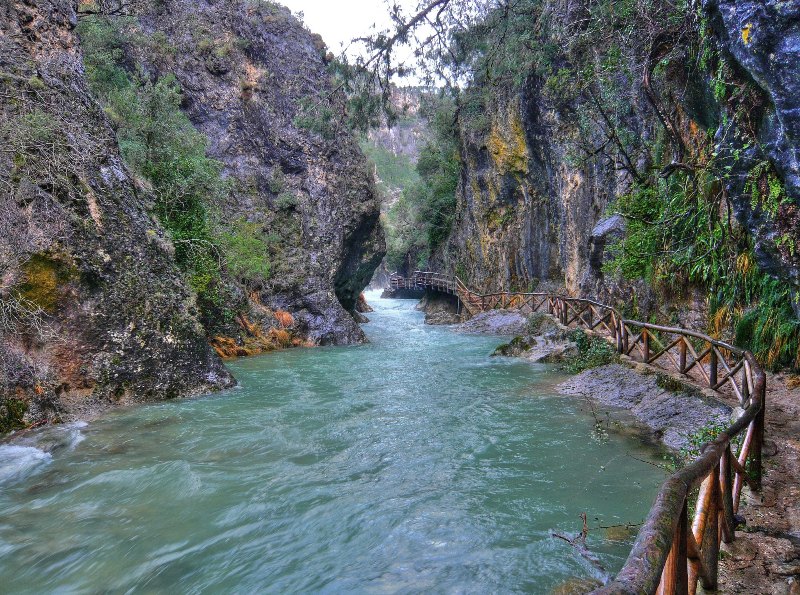 Jaen also has the largest man-made forest. You will feel the olive groves surrounding you in every direction. Actually, Jaen is one of the biggest producers of olive oil in the whole world. Would you know that Jaen was known as “the capital of the olive oil”? Just the province of Jaen produces more than the second largest producer country, Italy.

One of the best thing of Jaen is its location. If you travel to this region, you can easily travel to some of the most famous destinations: Sevilla, Malaga or Puerto Banus Marbella, among others.

How to get from Asturias to Jaen

Fortunately, there are many ways to travel between Asturias and Jaen, including buses, trains, airplanes, rental cars, and even taxi services. Here you will find information about how to get from Asturias to Jaen.

· By Airplane: There are a couple of companies offering direct flights from Asturias airport (OVD) to Granada: Volotea and Iberia. You can find tickets from 38€. You can also fly from Asturias to Sevilla or Málaga.

· By car: The trip by car from Asturias to Jaen will take between 7 and 8 hours.

Where to stay in Jaén