With a length of more than 200 km, the Asturian Coastline is a very extended one. The salty water from the Atlantic Ocean has always played an important role in the lives of the Asturians. The fishermen defy the waves to come home with a shipment of fish. The industrial ports of Gijón and Avilés are the heart of the Asturian industry. And many people stroll on the neat walking paths along the waterside on a sunny day. But the coast also attracts another kind of visitors: surfers.

With dozens of long, unspoiled beaches, Asturias is really a surfersparadise. One of the best places to catch the waves is Salinas. The 3000 meter long beach attracts many surfers when the weather is right. 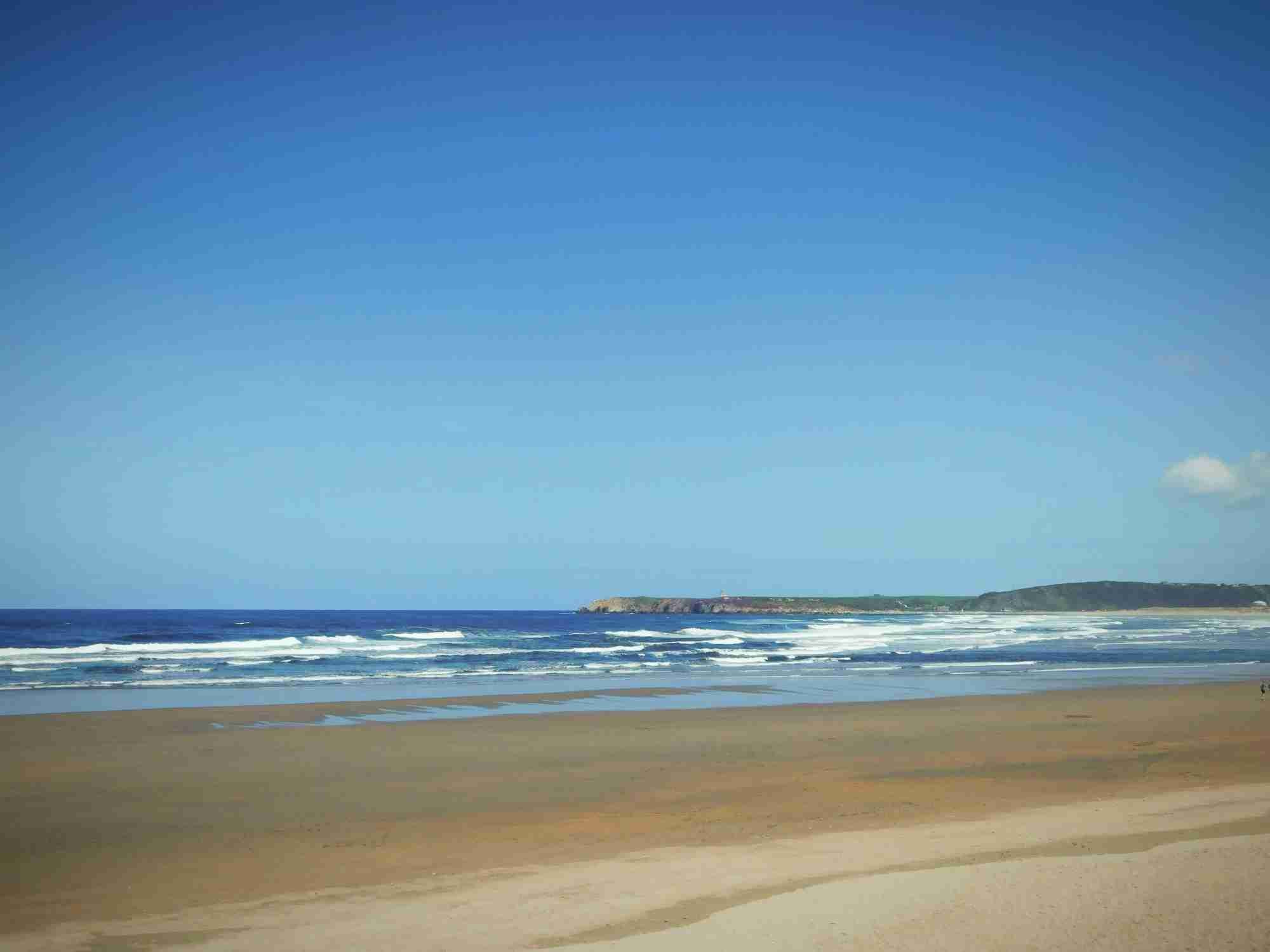 Salinas is a special place, everything in the town diverges from the rest of Asturias. It’s like Salinas is an enclave within the region. The streets, filled with luxurious villas, give you the impression of the côte d’Azur or Miami, rather than a typical Asturian coastal village. The architecture and the classy decoration of the promenade don’t appear to be a typical habitat for surfers, but in Salinas the mundane and the hip perfectly match. A combination of retirees and hipsters fills the avenue along the beach.

But it isn’t just the urban character that’s a bit different. The rough, rocky coastline stops in Salinas and is replaced by soft dunes on the East side of the beach. A well maintained path runs through these dunes and forms the perfect route for an afternoon hike.

On the West side of the beach, you find the Anchor Museum Philippe Cousteau. For me personally, it’s one of the strangest place I’ve seen in Asturias. It’s an open air museum, where a collection of anchors is displayed. In between these anchors, some other strange objects are placed. There are also two outlookposts, from where you can overlook the scenery. The highest platform has plenty of locks attached to it. Some have names or dates on it, but they are very rusty. Was Salinas ahead of the love lock trend? Or is it just the sea air that caused this oxidation? 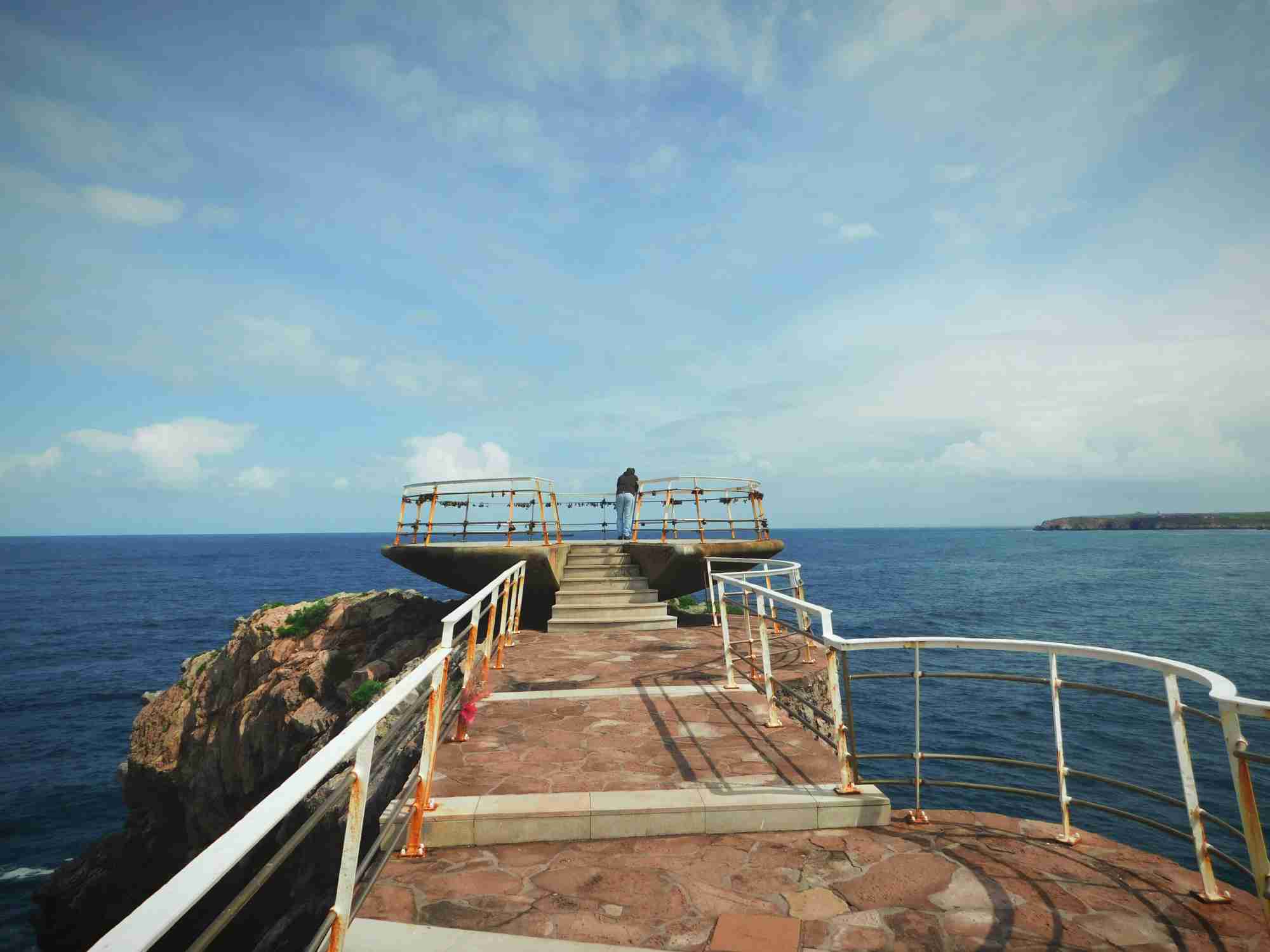 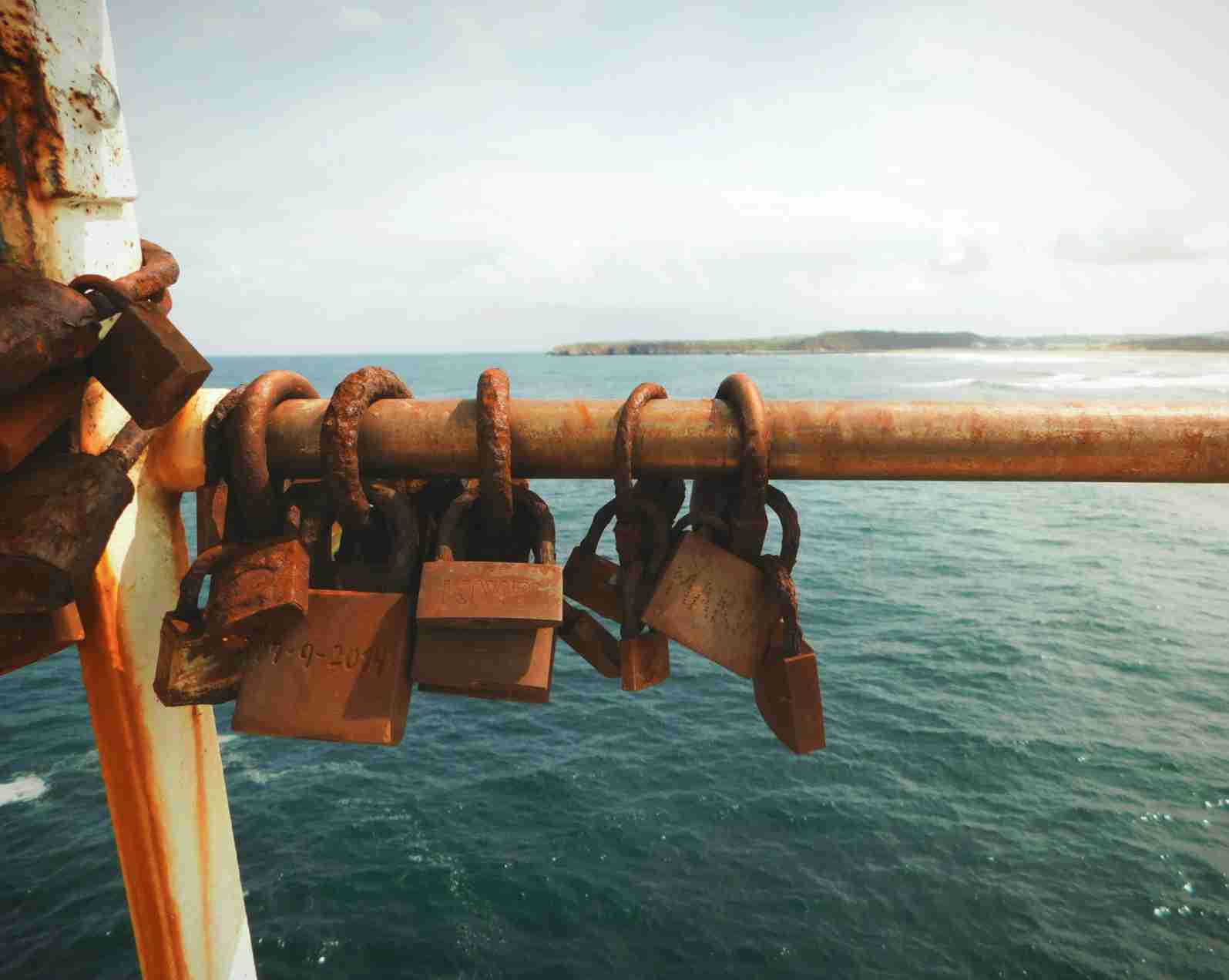 But Salinas remains most of all a surfer destination. Even on a blue Monday, you find some surfers challenging the cold water and waves. Salinas also hosts a Long Board Festival every July. It has been organised for over 15 years and is today the largest surf festival in Europe. During a weekend, people can enjoy surfing competitions, concerts and foodtrucks. And it’s not the only festival, there’s also the Ewan Festival. It’s a music festival that is organized in August in the middle of a forest. There’s an amazin atmosphere. 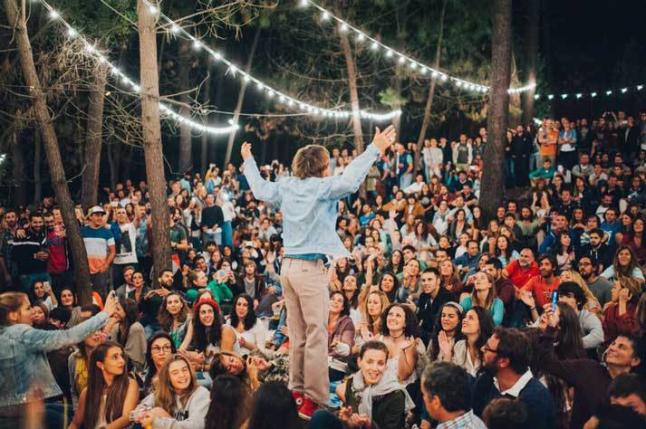 Surfing is really the soul of Salinas and has put the town on the map. In recent years, a handful of hostels emerged to meet the increasing demand from tourism. One of these is the Alamar Surf House, which Idoia Núñez runs. She tells why she came here to open a hostel:

“My story is actually not that romantic. I just saw an excellent business opportunity, and went for it. The house used to be a retirement home. And before it was a kindergarten.”

“In the summer and the weekends, Salinas is full of surfers. Because Salinas is just the best place to surf. We have the best waves of the Atlantic Ocean. If there are no waves here, you will not find waves in Cantabria or the Basque Country either. And also thanks to the Long Board Festival many surfers come here. So far, running the hostel is going like I hoped.” 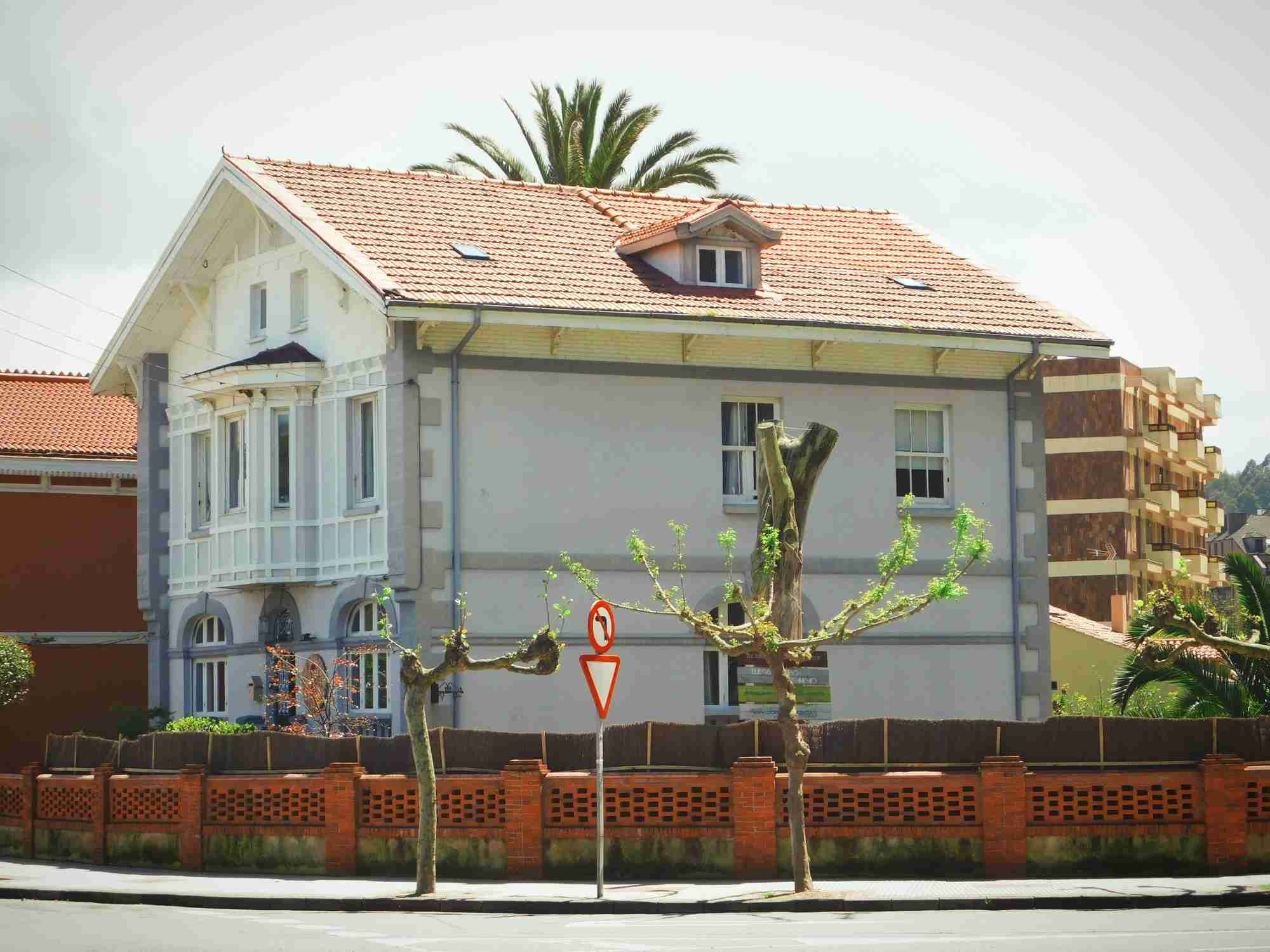 If you’re a surfer, looking for magnificent waves and enough space to shows your skills, Salinas is a must visit. But even if you want a spot to spend a warm day along the beach, with a nice drink in your hand, it’s an excellent choice. Far away from the busy city, with only the sound of the waves crashing in the background. 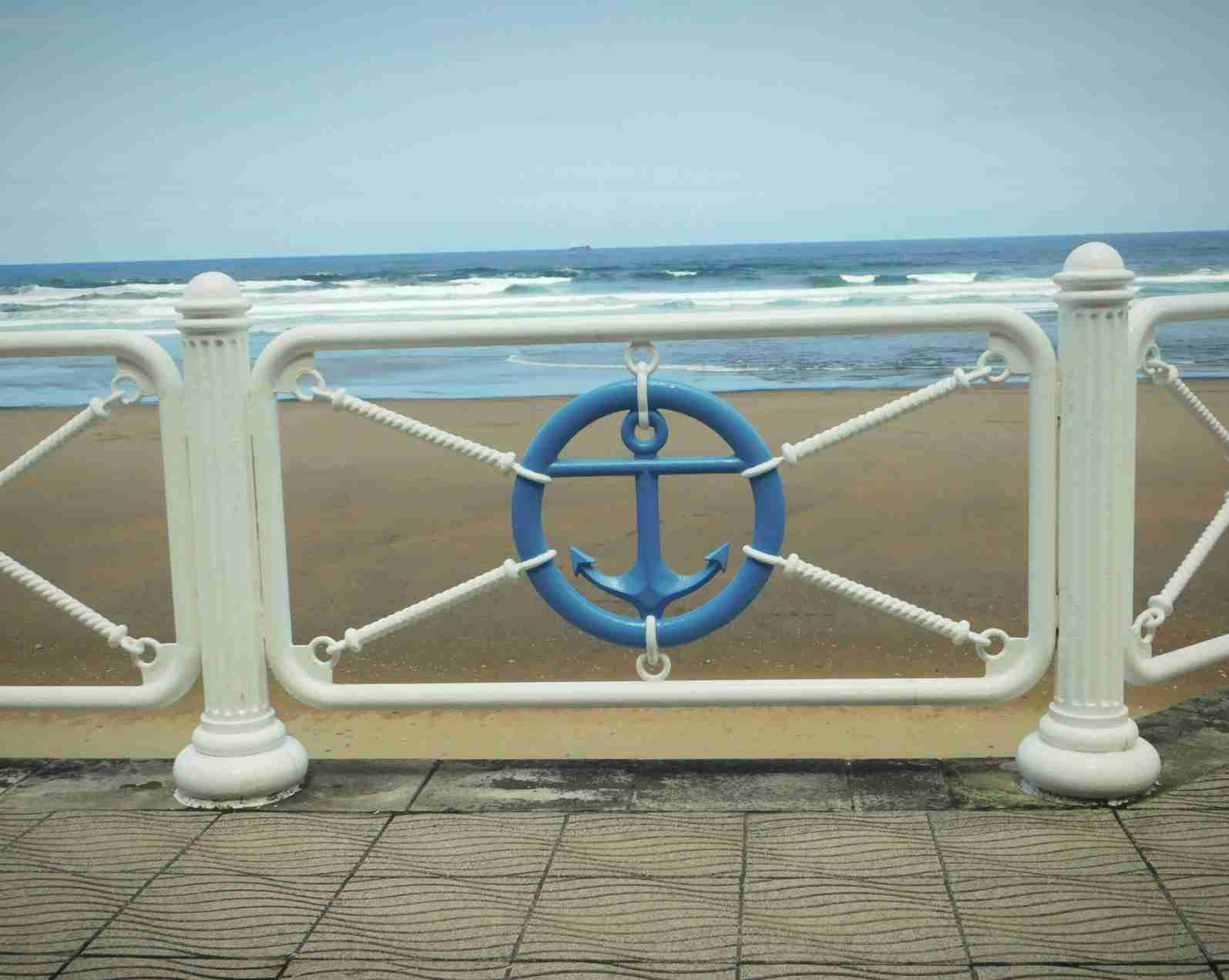